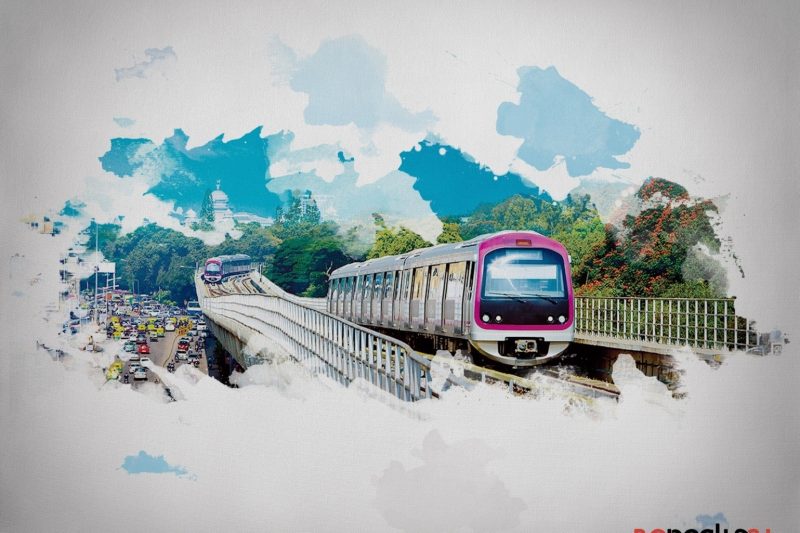 Snippet 1: This blog focuses on new metro lines in Bangalore and their influence over their surroundings, especially in terms of real estate and their value. Read on to know more about this infrastructural enhancement and its effect.

As the population has begun to increase in Bangalore, the congestion on the roads has increased to the point of traffic jams lasting hours. The infrastructure is appalling and traffic increases by the day, to run on the same old tight roads. Addressing this issue, the Bangalore Metro Rail Corporation Limited (BMRCL) has commenced the project of running a metro line through the city to ease out the heavy flow of vehicles.

The BMRCL is very thorough about the Phase-II construction. Detailed surveying of built-up areas and the safety of neighboring infrastructure is being monitored.

The new Metro Line shall be crossing through some prominent parts of the city that include:

Some new lines have also been inculcated, and the proposed terminals of their crossing shall be:

The metros would pass through developed areas and would lead to an increase in demand for real estate.

Rise in Prices
Keeping all the above factors into account, real estate prices are estimated to increase 2 years prior to completion due to better connectivity. A sharp escalation of prices is set to happen after the complete establishment of lines. Completion of phase 2 and phase 2A of the metro lines would significantly proliferate rental values and more land acquisition by the regular working public.

Increased Focused Demand
Adarsh Group has always been one of the most prominent real estate builders in Bangalore and has monitored the metro expansion plans thoroughly. Apartments and villas are being constructed in the vicinity of the new stations. The price of real estate has been kept in moderation by the developers despite the obviously foreseeable hike in real estate expenses.

Great Time For Investments
Investing in real estate at this moment would be considered beneficial as the rates are likely to hike up after the completion of rails. Flats and villas would witness an elevated construction level with more land acquisition as the line advances its construction.

Increased Accessibility
The construction of villas would also be favored for those searching for a home. It would be beneficial to invest in real estate around the metro stations considering it would ease up your travel around the city and make transportation to work or other places convenient by a mile. Real estate around the metro stations would also bring other amenities near, as everyone would prioritize their construction sites near the stations.

Viability of Affordable Housing
With the increased connectivity provided by the metro, more people would move to the extended suburbs for cheaper rent or real estate prices, instead of spending enormous amounts living closer to the workplace. This is made possible only because the travel will no longer be that much of a hassle between the suburbs and the central business districts, with the affordability and comfort of the metro.

Final Sum Up
Adarsh Group has been working meticulously towards creating a better and healthier environment for everybody with sustainable and efficient construction of real estate in booming areas. The impact that they have put on real estate is also significant and optimistic, considering the undergoing projects near the metro stations. The real estate business continues to thrive now even more after the construction of Metro lines and stations, and the portrayal of diligence by the Adarsh Group.

Adarsh Astria - A world of your own