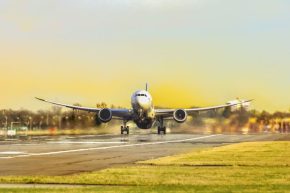 What are the basic pre-requisites of buying or taking a house on rent? Firstly, it should be in close proximity to the workplace so that the travelling time to and from work is less and thereby reducing the stress, trauma and giving more free time. Secondly, facilities such as good schools, malls, parks are easily accessible so that basic needs are taken care of. Also, transport is easily available to travel anywhere within or outside the city.

It is the birthplace of former freedom fighter Tipu Sultan and is also home to tourist attraction such as Devanahalli Fort.

The growth of infrastructure in Devanahalli has contributed a great deal in the robust development of real estate in this region.

Some of the rapid developments expected in this region include:

A good neighbourhood has quality schools, hospitals and malls to suffice the needs of the individual and families. Devanahalli includes the following:

Hence, Devanahalli is fast becoming a major residential spot where basic necessities are taken care of and hence, residential prices are soaring up. It’s the best time to invest in this region.

Own Your Dream Villa in North Bangalore

Top locations around Bengaluru International Airport to invest your money in

Why Hennur Road is the New Real Estate Hotspot in Bangalore