How affordable housing has found the push and relevance in Bangalore 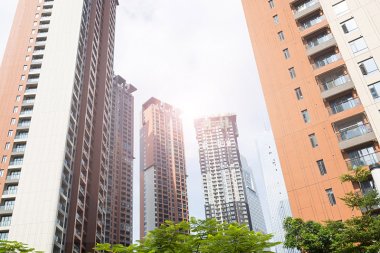 According to the latest estimates, Bangalore has a population of over 12.3 million. It is the third most populated city in India after Mumbai and Delhi and arguably, the most populated and fastest growing city in south India. The rate of urbanization is high as people from all over the country (one of the most cosmopolitan cities) move here in search of careers and a better life. Interestingly, while all metros in India experience migration of people, Bangalore has the maximum skilled and educated migrant population who have the need for, at the least, some basic housing requirements.

Unfortunately, a large section of the population in Bangalore does not own homes and there is a staggering gap between population numbers and housing numbers. In the current circumstances, Bangalore is likely to be far behind in the housing numbers at least for the next five years.

What is the solution?

Help to bridge the staggering gap between housing numbers and population in Bangalore has come in the form of government initiative – ‘’Housing for All’’ by the year 2022.

This unique initiative through the Ministry of Housing and Urban Poverty Alleviation (MoHUPA) has provided some benefits and perks. Affordable housing has gained the infrastructure status and developers will get faster access to credit and gain from reduction in the cost of borrowing. Other benefits are in the form of rebates, interest rates, taxes and lenience on completion period. The proposed period of completion has been extended from current three year limit to five year limit.

‘’Affordable housing has been declared ‘infrastructure’ with all its associated benefits. Additional refinance of Rs. 20,000 crore from the National Housing Bank and lower interest rates resulting from increased liquidity in the banking sector would add to the funds for the sector at lower costs and also to the ultimate consumer.’’
Getamber Anand, President, CREDAI National Lobby

Demand vs Supply—Where does Bangalore stand?

As per a report by Cushman & Wakefield, the total demand for urban housing in the top 8 cities is estimated at 4.2 million units for the period 2016–2020. Due to various factors, the estimated supply (including, under construction) for the same period is a little over 1 million units resulting in what could be a staggering 3.2 million units of under supply in the next three years.

As per the same report, Bangalore has the third highest demand for urban housing behind Delhi and Mumbai at 686,000 units. The likely cumulative supply, however, as per planned construction will be 220,000 units resulting in a difference of 466,000 units. This huge gap in turn provides an opportunity in the form of affordable housing, which is likely to play a vital role in shrinking the gap.

After the government declared several benefits to developers on affordable housing schemes, many top private developers are enthused to take up projects in this category. The entry of popular and branded players (who have over the years, garnered faith and appreciation) has brought confidence in investors and buyers. Experts believe that this could initiate the much required push into affordable housing in Bangalore.

As per Cushman and Wakefield report, out of the 660,000 unit requirement, about 565,000 fall under the MIG and LIG segments. Affordable housing largely caters to Middle Income Group (MIGs) and Lower Income Group (LIGs) and will find much relevance here. With the average salaries of 3–7 lakhs/annum and 7–12 lakhs/annum for LIGs and MIGs respectively affordable housing is the most plausible and suitable solution. The plus point here is the entry of familiar developers who wish to play a role and restore faith in the buyers.

While there is already a plan in place to meet the demand of MIG homes and construction has begun, there is none (no homes under construction) for the demand in 265,000 LIG units. This again points out to a great opportunity for both big players and newcomers to move into the LIG category of housing.

There are significant challenges as both government and developers look towards initiating the affordable housing wave. Lack of availability of urban land, locational disadvantage, rising construction costs and a few regulatory issues are some of the challenges from the supply side of the initiative.

On the demand side, lack of stable jobs or source of income, lack of credit credentials (to avail loans) and of course an unprecedented rise in urbanisation numbers are the major challenges.

Despite so many challenges—government support, flexible lending rates and increase in housing loan numbers are likely to ensure the much required kick-start that affordable housing in Bangalore is looking for. Another major factor and perhaps the most important one—is the positive attitude from the developers’ side. Many players, branded and upcoming, are enthused and determined to take the initiative forward and this would give the required push and relevance for affordable housing in Bangalore.

The Importance of Vaastu in buying Homes

Villa Developers in Bangalore – Everything You Need to Know

Why buying a plot in Adarsh Savana is a wise decision to #investinland?

The Real Estate Industry in the Post-Covid Era